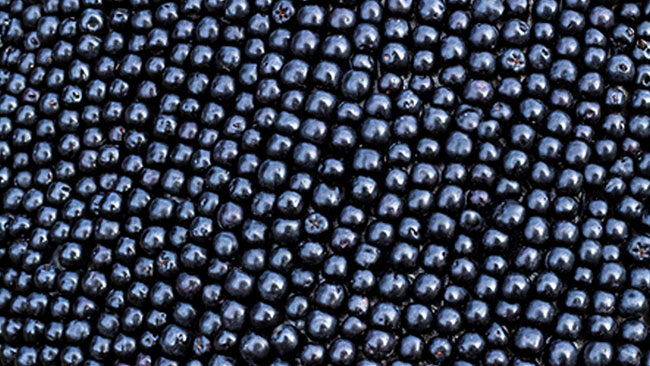 Aronia is a powerful antioxidant that neutralizes and eliminates harmful free radicals that build up in our body every hour and affect our health.

The active components of chokeberry known as polyphenols neutralize and eliminate accumulated toxins and heavy metals, pesticides, drugs and chemical contaminants deposited in the liver, muscles and adipose tissue.

In addition to the internal formation of free radicals, they can be introduced from the external environment, e.g. by the action of UV radiation, to which we are all exposed today. Factors that protect the organism can act directly by neutralizing these reactive species and preventing further chain reactions or indirectly, by activating the protective enzyme system, modulating cellular signaling pathways or gene expression. These compounds are called antioxidants.

In a state where the balance between the formation of free radicals and their neutralization by antioxidants is disturbed, oxidative damage to various components of the cell and tissue occurs. This contributes to the development of various diseases, as well as poorer prognosis of existing ones. First of all, there is an increased risk for diabetes, heart disease, atherosclerosis, neurodegenerative disorders, arthritis and cancer. Also, the aging process is accelerated in the presence of increased concentrations of free radicals. Due to this, as well as the fact that the organism is often not able to fight free radicals on its own, it is important to understand the necessity of consuming dietary sources of antioxidants.

The fact is that the diet, ie. proper nutrition should be the first line in maintaining health and preventing disease. It is generally known that the so-called Mediterranean diet, based on the intake of fresh fruits and vegetables, fish,, olive oil and nuts contributes to reducing the risk and incidence of cardiovascular disease. Beta carotene, vitamin E, vitamin C, vitamin A and selenium are the most important antioxidants that should be included in the diet through the intake of citrus fruits, green and leafy vegetables, carrots, seafood, wheat germ, spinach, broccoli and others. These antioxidants are also available in the form of finished pharmaceutical formulations, ie. phytopreparation. There are synthetic antioxidants, butylhydroxytoluene (BHT) and butylhydroxyanisole (BHA), but their potential toxicity and low safety are worrying.

Plant foods are an important source of antioxidants that make up a wide range of compounds among which polyphenols are among the most potent. Thanks to their structure, they are able to accept unpaired electrons from free radicals in the body and thus neutralize them, as well as to bind certain metal ions that promote the formation of reactive oxygen species. There is an assumption that polyphenols in food itself can act by preventing the oxidation of certain ingredients, primarily fats, and thus reduce the intake of prooxidants. In the contemporary literature, great attention has been paid to examining the potential beneficial effects of using plants with a wide range of biological activities in disease prevention.

It is believed that they achieve most of their effects through high antioxidant potential. Because of all this, it is concluded that each of us through the proper selection of foods and food preparation could alleviate or delay the processes that contribute to the development of the disease. This would reduce the prevalence of some diseases, and thus the need for drugs, which are increasingly being consumed uncontrollably.